The United States of Europe: A Proposed Economic Government


Excerpt:
The integration of Europe is about to go to another level. As the European debt crisis deepens, there are cries all over the EU for full economic integration in Europe.

On Wednesday, French President Nicolas Sarkozy and German Chancellor Angela Merkel sent a letter to European Council President Herman Van Rompuy which stated that they want a new "economic government" for Europe to be formed...

While some are applauding the possibility of increased integration in the eurozone, others are warning about the potential consequences.

For example, a Daily Mail article entitled "Rise of the Fourth Reich, how Germany is using the financial crisis to conquer Europe" contained the following assessment of what deeper economic integration for Europe would mean....

This would entail a loss of sovereignty not seen in those countries since many
were under the jackboot of the Third Reich 70 years ago.

For be in no doubt what fiscal union means: it is one economic policy, one taxation
system, one social security system, one debt, one economy, one finance minister.
And all of the above would be German.

...the leaders of the EU are going to do whatever they can to keep it together. They truly believe that a fully united Europe under the banner of the EU is what is best for the continent...

Read the entire post:
The United States Of Europe: A Proposed “Economic Government” Would Integrate Europe To A Degree Not Seen Since The Roman Empire

Posted by orionjri at 4:11 PM No comments:

Excerpt:The Obama administration has made history by presiding over the first-ever downgrade in the U.S. credit rating. President Obama has outdone all his predecessors in wrecking America’s good name. His answer to this problem: Spend even more.

Raising the debt ceiling was sold as a way of guaranteeing the U.S. credit rating. It had the opposite effect, which makes sense to anyone who understands credit. Take a family with a median household income around $50,000. If they spend $85,000 a year and have debt at $300,000 and growing, it’d be foolish to let them borrow more because they don’t have the income to pay it back. Raising the debt ceiling ignored this reality. Then, the Obama administration immediately demonstrated its utter lack of creditworthiness by blowing 60 percent of the initial $400 billion increase in one day, the largest single-day accumulation of debt in U.S. history.

The White House blames the George W. Bush administration for every economic woe, but the numbers speak for themselves...

The Standard & Poor’s ratings downgrade is only the beginning. Moody’s Investors Service still lists the United States as AAA but with a “watch negative” caveat, and S&P managing director John Chambers warned that should U.S. debt go over 100 percent of GDP, America would face a second downgrade...

If the nation continues on this disastrous course Mr. Obama has set, there will be no tomorrow.

Labels: A Big Fat Lie, LiarObama, Obama a Tool in Fulfillment of Prophecy on America, USA trajectory to prophesied trouble, USA Woes Increase, What's ahead for the US

China and the Dollar: Dollar to Be 'Discarded' by World: China Rating Agency - CNBC

S&P: 1 in 3 chance USA will fall ANOTHER notch!

What does the Bible say about all these?
The United States and Great Britain in Prophecy
Revelation: The Mystery Unveiled

Posted by orionjri at 9:19 AM No comments:

Labels: US, US Economy in Crisis, US Financial Woes and prophecy, USA Crisis/Where to now Manasseh?, USA Financial Crisis as Prophesied in the Bible, USA Woes Increase

A judge has let a paedophile teacher walk free after telling him she did not criticise him for being attracted to children. 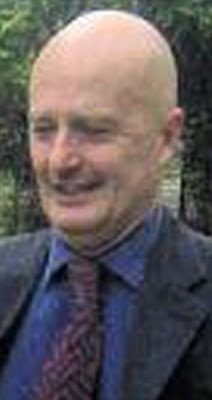 But handing the 63-year-old pervert a suspended sentence, Judge Mary Jane Mowat said: ‘I don’t criticise you for being a teacher who’s attracted to children. 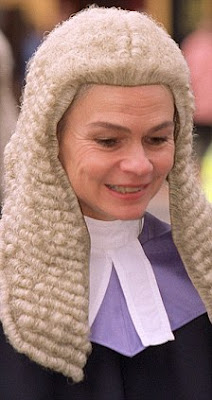 Sickened? Read the Full story
Posted by orionjri at 2:42 PM No comments:

The route to an EU referendum

The route to an EU referendum

A doorway has been opened that could give many people in the UK something they have long been crying out for, a referendum on whether we stay in the European Union or not.
Posted by orionjri at 11:05 AM No comments: