It's official, Shariah courts official in the UK .... Alexis de Tocqueville "well-informed citizen" is relegated to the infidel dustbin of British history. Her majesty's court, indeed. This is a sad sad day. America, take note.
Read more: Revealed: UK’s first official sharia courts Times Online
ISLAMIC law has been officially adopted in Britain, with sharia courts given powers to rule on Muslim civil cases.
The government has quietly sanctioned the powers for sharia judges to rule on cases ranging from divorce and financial disputes to those involving domestic violence.
Rulings issued by a network of five sharia courts are enforceable with the full power of the judicial system, through the county courts or High Court.
Posted by C C ramirez at 9:54 PM No comments:

The Large Hadron Collider, the world's new and largest particle collider, passed its first major tests by firing two beams of protons in opposite directions around a 17-mile underground ring Wednesday...
The project organized by the 20 European member nations of CERN has attracted researchers from 80 nations. Some 1,200 are from the United States, an observer country that contributed $531 million. Japan, another observer, also is a major contributor.

Some scientists have been waiting for 20 years to use the LHC.
The complexity of manufacturing it required groundbreaking advances in the use of supercooled, superconducting equipment...
Read more:
'Big Bang Machine' Successfully Completes First Test
• Click here to find out how the Large Hadron Collider works.
Posted by C C ramirez at 10:43 AM No comments:

ESG Supports the EU with Planning and Executing Overseas Operations

Thanks to ESG Elektroniksystem und Logistik, the European Union will be able to carry out operations in areas of conflict more effectively in the future.

On behalf of the general secretariat of the European Union, the company is currently analysing the entire flow of information, which is required for such missions to be carried out. It is hoped that important information for developing future mission concepts and designing new control systems can be obtained from the results.

By February 2009, ESG will prepare an analysis of the actual situation of the total exchange of information for military and civilian EU operations... 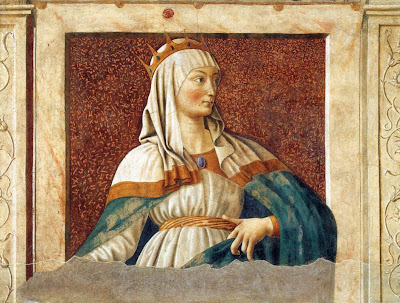 
“Who knows but that you have come to royal position for such a time as this?”


Over the past several days, I, along with many of you, have watched in fascination at the unlikely emergence of Sarah Palin, from seemingly out of nowhere and onto America’s grand political stage. We all watched on Wednesday night as this tiny figure, with an old-fashioned hairstyle and wearing glasses, stood alone in front of an audience of thousands and millions more at home (40 million to be exact!). What fascinated us most was her bold resolve in fulfilling the immediate task at hand: proving her worth and her value as McCain’s VP choice. She did all that and so much more!


For all of us who have watched in horror these past 19 months, as Barack Hussein Obama has made a serious play for the leadership of our great country……despite his thin resume and an even thinner love and devotion to America, of never putting “country first” and instead only interested in furthering his personal ambitions, I’m sure you’ve asked as I have….”What is it going to take to wake people up to this fraud before we lose everything we hold dear?” As someone said the other day, the way you can tell if something is fake is when you put the real thing next to it. Barack Obama has strolled all over this world claiming he is the one “we’ve been waiting for”.


Well, Barack, the one we’ve been waiting for to finally expose you for what you really are has just made her grand entrance last Wednesday night, warts and all, and America has enthusiastically embraced her……. because in her, they see the real thing.

But back to Esther for a moment. If you’re wondering who Esther is,...